In this article we describe our efforts in collaboration with Electra (https://www.electra.aero/) to model an eSTOL aircraft using computational fluid dynamics. The full article consists of three parts: Part I provides essential background motivation for carrying out this study and how we section the full problem into smaller pieces. Part II will detail the modeling strategy and discuss the computational fluid dynamics approach. Part III will showcase the results from this study and how they helped us to better understand the fluid dynamics of eSTOL aircraft.

For a long time, sci-fi movies have been imagining aircraft navigating through skyscrapers in a bustling modern city. Unfortunately, there are many obstacles in the way of materializing these imaginations. The first aircraft that you can think of in this context is likely a helicopter, relying entirely on the lift created by its fast rotating propellers. They require a powerful engine which can be a major source of cost, noise, and air pollution, severely limiting their usability in an urban environment. Another option, of course, could be a conventional airplane which utilizes the lift generated by its wings. These are much more efficient, but they need a runway, which is impractical in a city.

We can think of combining the properties of these two aircraft and imagine a vehicle which can take off and land like a helicopter, but also flies like an airplane. The tiltrotor “Bell-Boeing V-22 Osprey” is an example of this category. It has a rotor system which can transition from a vertical position (for takeoff and landing) to a horizontal position (for cruise). Unfortunately, the complex engineering, the additional weight involved, and the compromised wing and rotor areas degrade the endurance and range in these aircraft. These factors render them economically unsuitable for private enterprises.

Through intense research, battery technology has been steadily progressing over the years and we are reaching an interesting time period when the battery energy density is large enough to sustain practical driving ranges in mass-produced electric cars. The cost of manufacturing such batteries, the energy stored per pound, and their power output are of primary consideration in this regard. Fortunately, the battery technology has now matured to such an extent that we can start developing electric aircraft for short-haul travel. In fact, such airplanes are in service for pilot training.

Electric aircraft benefit from the ease of integration and size of the motors powering the propellers, which can be much smaller than a conventional fossil-fuel powered engine, without compromising the performance. This gives us the ability to use several motors on each wing. Such a “distributed electric propulsion” makes it practical to design aircraft which take advantage of wide-spread aero-propulsive interactions. One example of these types of vehicles is an electric Short TakeOff and Landing (eSTOL) aircraft. It uses the deflection of the propeller’s air flow stream over the wing and trailing edge flaps to dramatically increase the lifting capability of the aircraft. This enables relatively low flight speeds and short takeoff and landing distances. Both these properties are extremely important for envisioning air travel in an urban environment. Some of the recent aircraft utilizing these ideas can operate on a football-field-sized runway and can accommodate about 20 seats.

Depending on how the flow stream of the multiple electric rotors interact with each other, with the wing, and with the flaps the aircraft’s performance will vary. Therefore, the design of eSTOL presents a very large configuration space to explore and optimize. For example, propeller motor count, size and position, as well as flap type, size and angle, will strongly impact the performance of the aircraft. As we mentioned earlier, eSTOL vehicles are only beginning to become practical, and the design parameters that can best optimize a vehicle’s performance, given external and practical constraints, remain largely unexplored.

The scientists and engineers at Electra (https://www.electra.aero/) collaborated with Flexcompute to shed more light on this interesting problem. Our primary objective is to study the air flow properties of a model eSTOL aircraft using computational fluid dynamics (CFD). Compared to the actual windtunnel experiments, the CFD approach is much more flexible and allows rapid iterations of the relevant design elements. However, it must be noted that a CFD approach is still theoretical and achieving sufficient agreement with a set of wind tunnel tests will be an essential requirement for a successful design pipeline.

Our modeled aircraft consists of a fuselage, a high aspect ratio wing, and four electric rotors per wing (see Figure 1). However, instead of directly jumping into studying the fluid dynamics of the entire aircraft, we start by first studying the essential elements defining the blown-wing system. 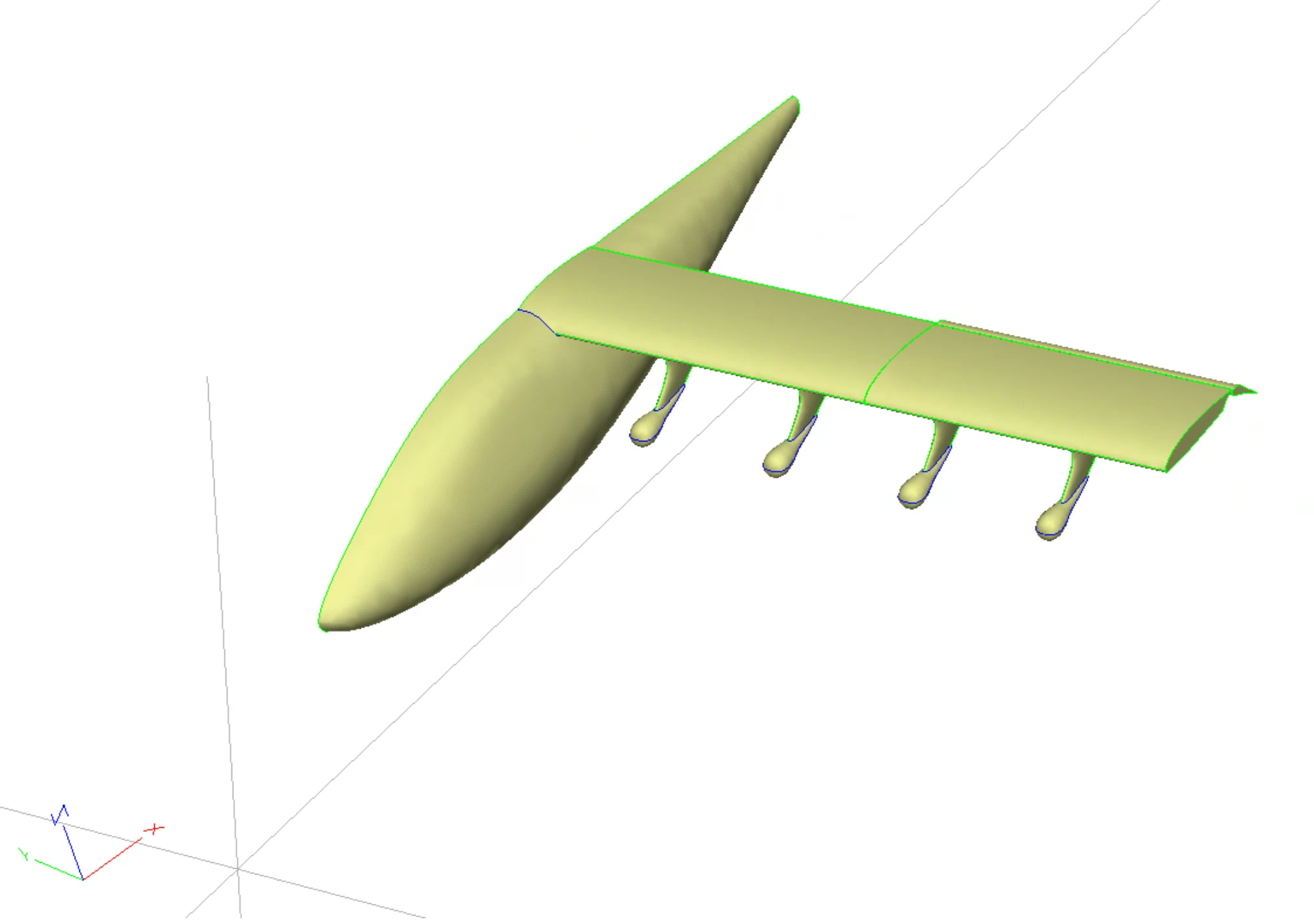 Figure 1: Our modeled eSTOL aircraft. Note that we only model the left side since we can assume symmetric flow for this configuration and operating conditions simulated.

Figure 2: The important sub-components of our modeled eSTOL aircraft.

Out of these sub-components, modeling the fluid dynamics of propellers can be a major challenge, followed by that of the flow impingement on the wing and flaps. The rotation speed of the propellers is very high – typically in thousands of RPM – in order to generate enough thrust for the aircraft. This poses a major challenge if we want to simulate the physics involved in this system. When we track each and every propeller of the rotors and the flow associated with them, we can call it a “fully resolved” (FR) approach. Its high computational cost creates a strong motivation to make simpler models, at least for the preliminary design work.

This concludes PART I of the series. In the next article (PART II) we will discuss different propulsion approximations to model the propeller physics and provide some details on how our solver, Flow360, uses the finite volume method to carry out such simulations.

For the expanded version of the paper this content is derived from, see Impact of the Propulsion Modeling Approach on High-Lift Force Predictions of Propeller-Blown Wings.