In this series of videos, we will start from scratch and build an airplane model using parametric geometry modeling. This parametric model makes it easy to optimize the aerodynamic performance of the airplane using high-fidelity CFD. We will use Engineering Sketch Pad (ESP) to build the geometry and then show you how to build a high-quality mesh. Lastly, we will use the Flow360 CFD solver to obtain the drag and lift coefficients. 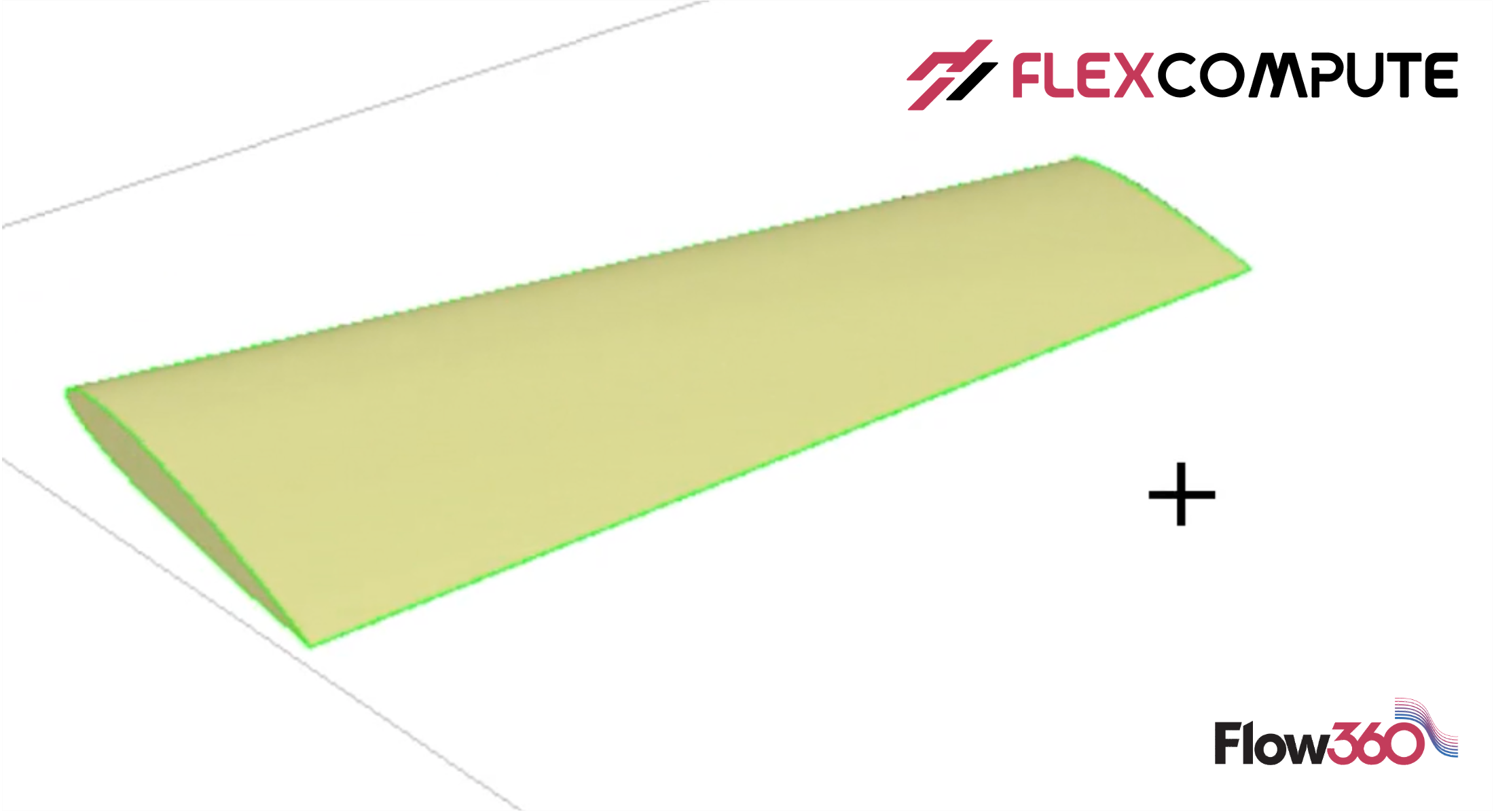 Lecture 1: How to construct an aircraft wing for CFD simulation

In this video, we will first construct the aircraft wing. We will use parameterized geometry based on Engineering Sketch Pad (ESP). The wing will be based on a set of NACA 0012 airfoil cross-sections. The basic operations in ESP, including scale, rotate and translate were demonstrated. Rule and blend commands for constructing a solid body from a set of sheet bodies were elaborated. When using the blend command, a rounded tip was also added to the wing. The edges and faces were labeled for surface meshing as well as CFD simulations. 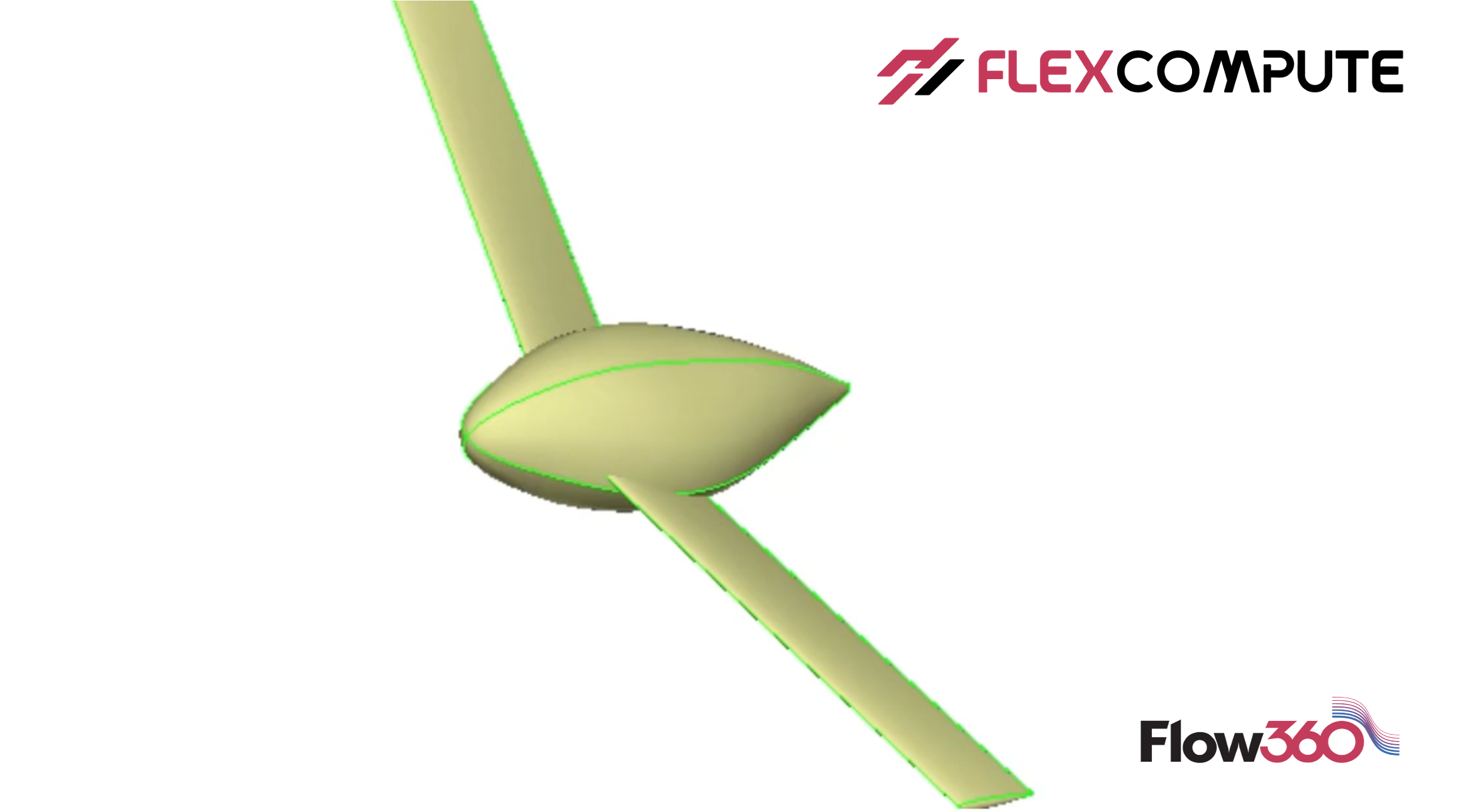 Lecture 2: How to construct the geometry of fuselage for aircraft CFD simulation

In this video, we will build a fuselage geometry. It can be constructed by blending a point and set of superellipse cross-sections. A rounded nose with customized radius was generated to demonstrate how to set up the “begList” for the blend command. Previously stored wing was restored and unioned with the fuselage to construct the full airplane geometry. 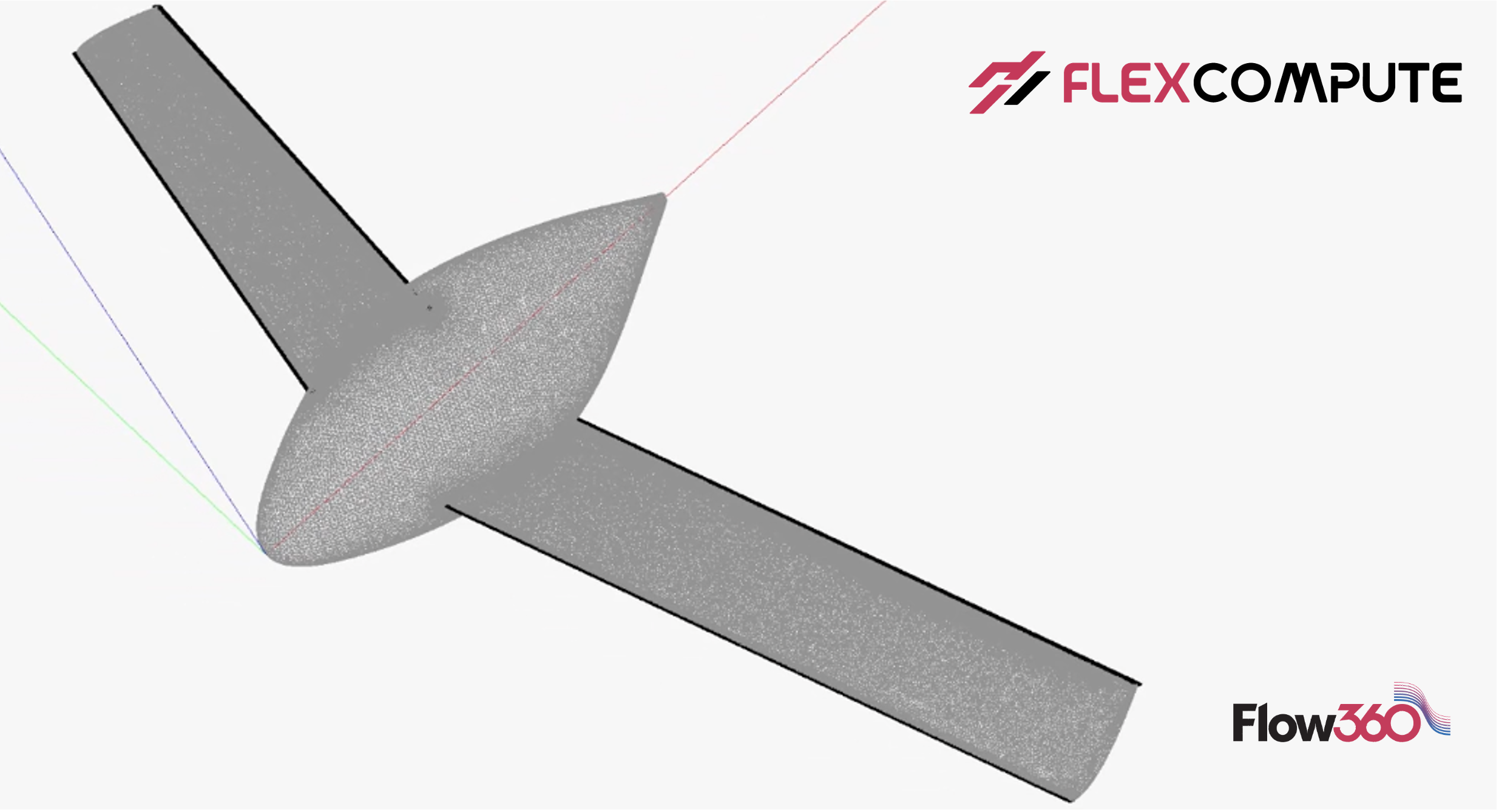 Lecture 3: How to prepare surface and volume meshes for aircraft CFD simulation 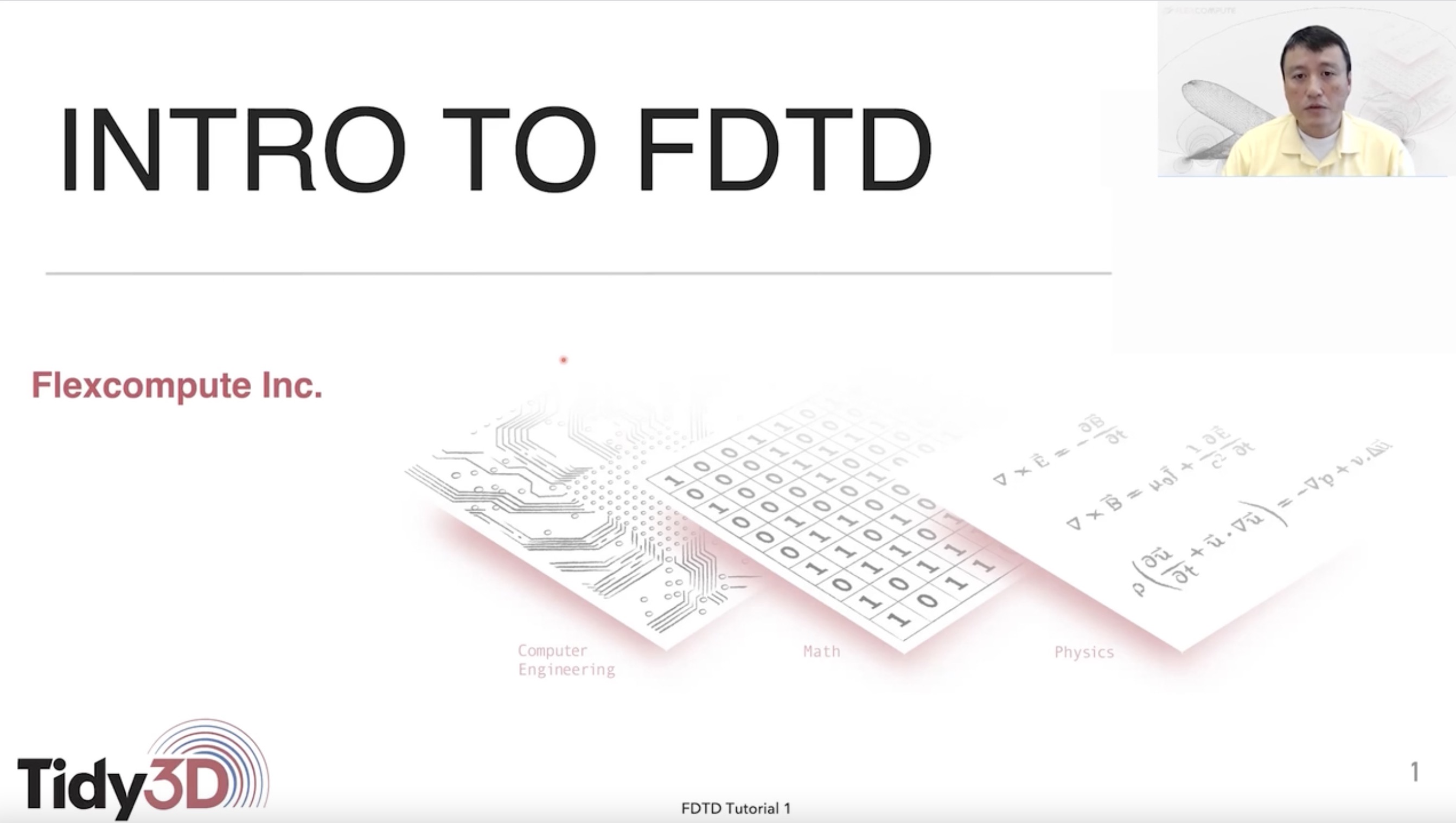 In this lecture, we will describe the basic concepts of EM simulation using FDTD. 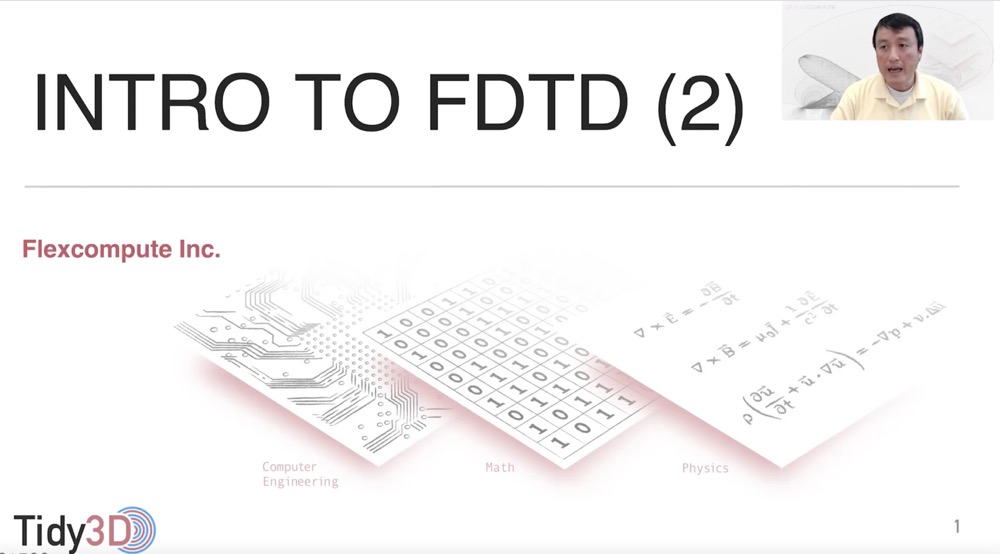 In this lecture, we show how to use FDTD to solve a basic EM problem involving the transmission of light though a slab of material.

In this lecture, we show how to apply FDTD to solve a slightly more complicated EM problem involving a photonic crystal slab that supports guided resonance. 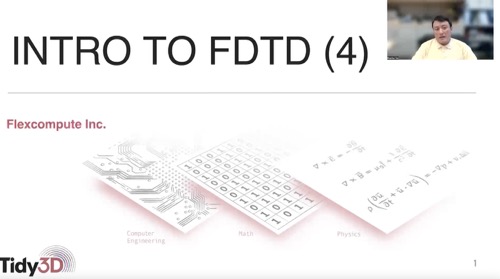 In this lecture, we show how to perfectly inject a specific mode into a straight waveguide. This is helpful in decreasing computational cost, and having a clean simulation without unwanted electromagnetic interference in the computational domain. 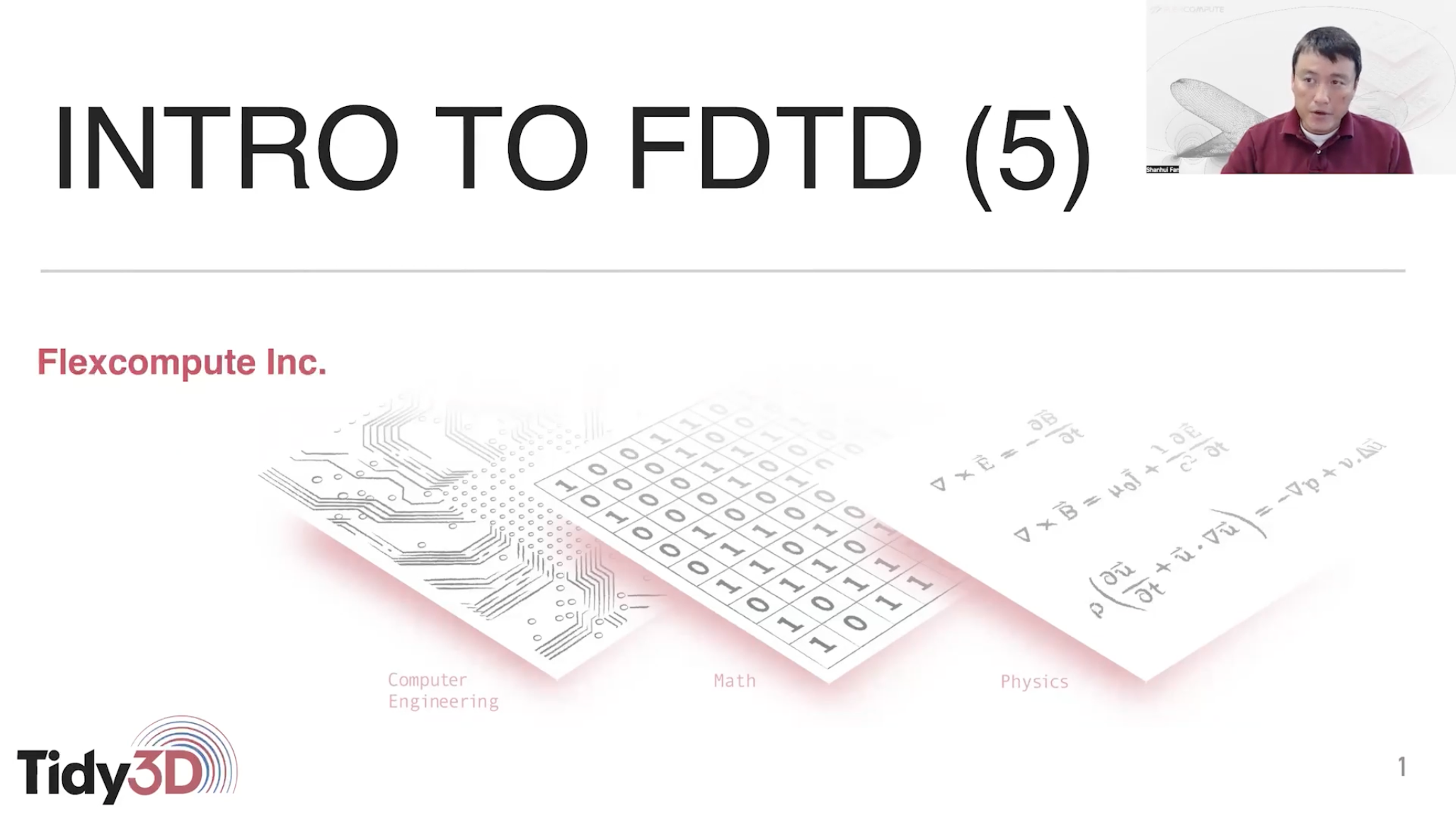 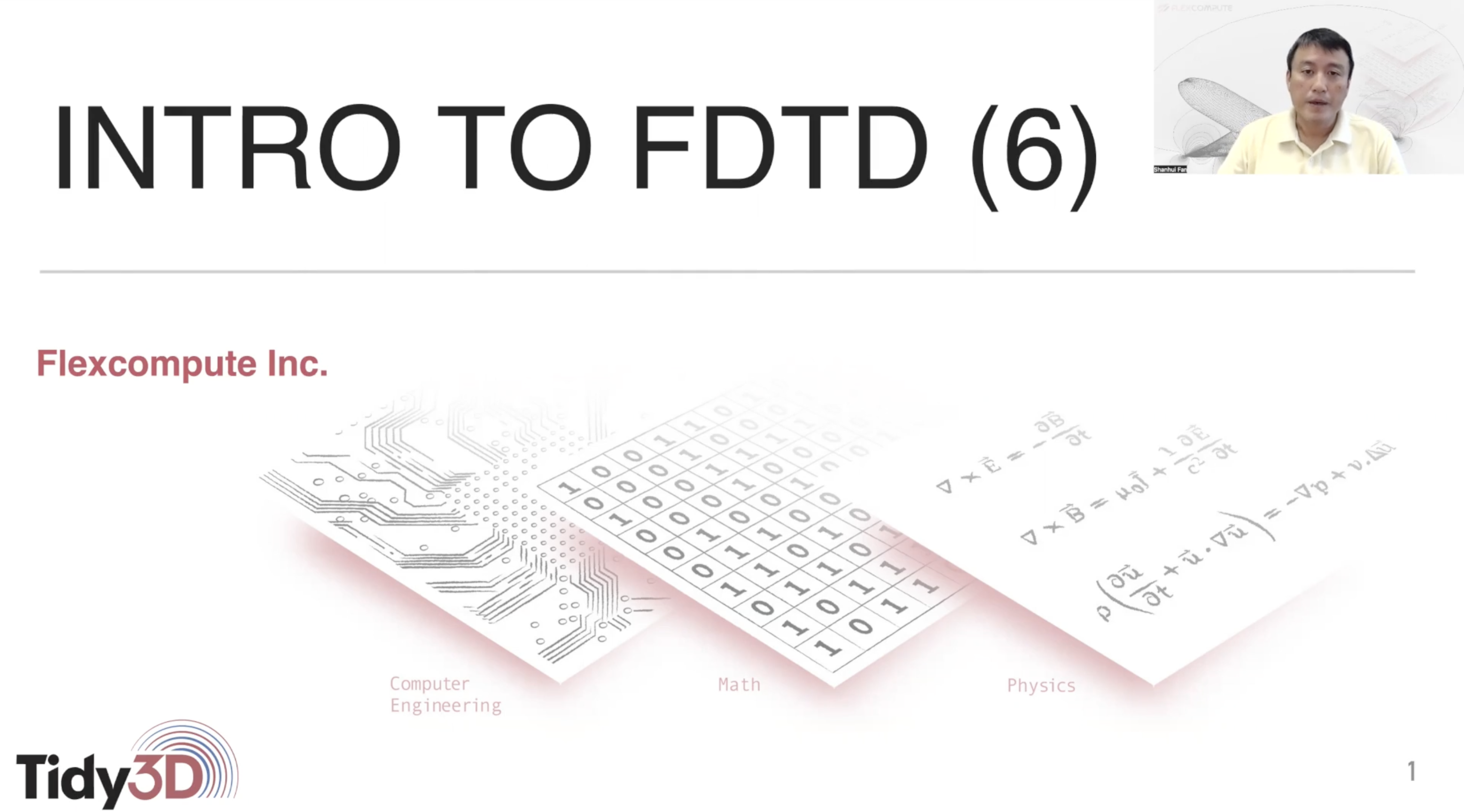 Perfectly matched layer (PML) is commonly used to truncate unbounded computational region, since an ideal PML can completely absorb the incoming waves from all angles of the incidence without any reflection. In this lecture, we explain the basic idea behind PML, and show how to characterize the performance of PML. 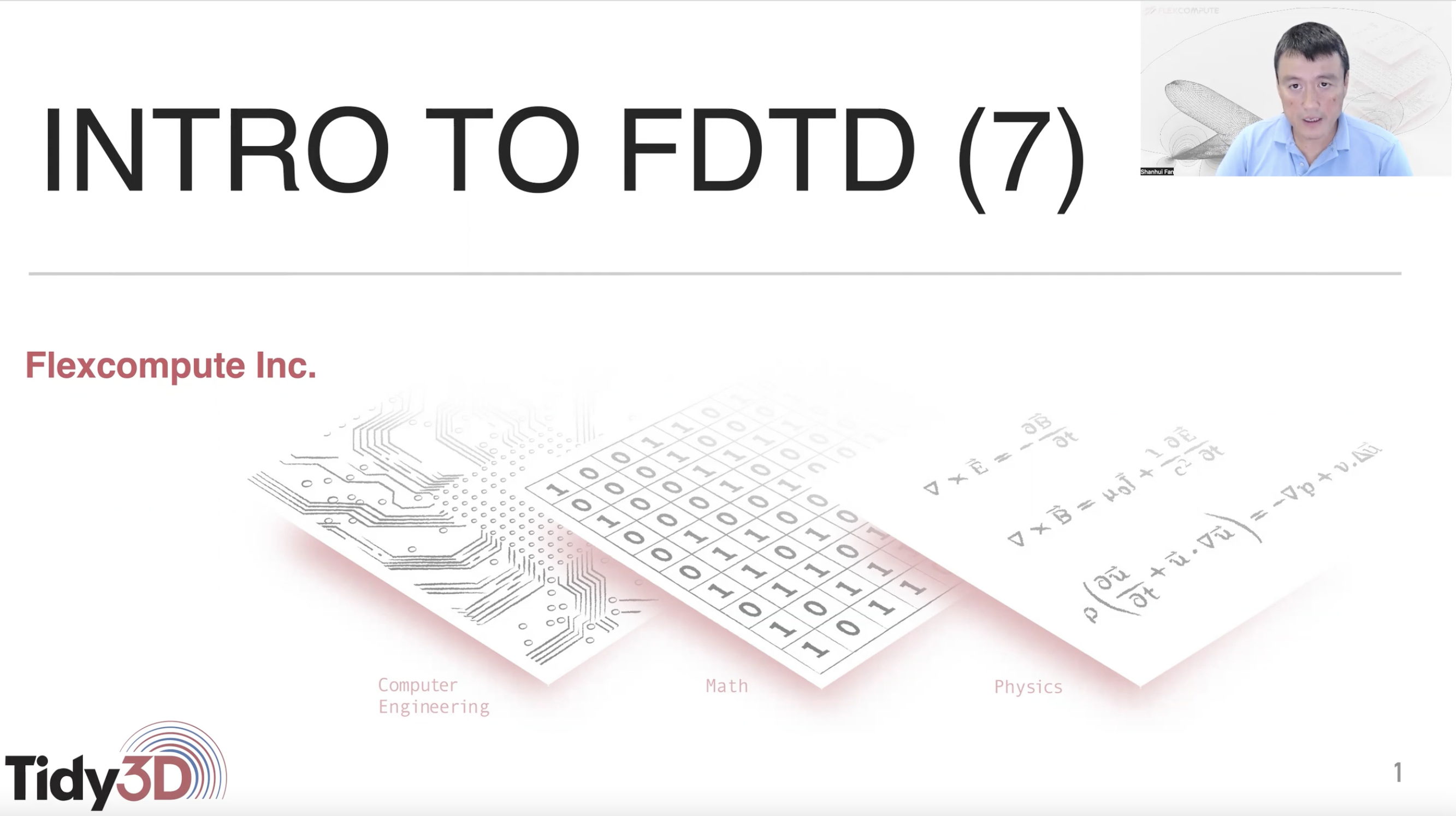 The choice of time step size can have a strong impact on the behavior of FDTD algorithms. In this lecture, we provide a simple and intuitive argument on deriving an important condition on choosing time step size, known as the Courant–Friedrichs–Lewy (CFL) condition. 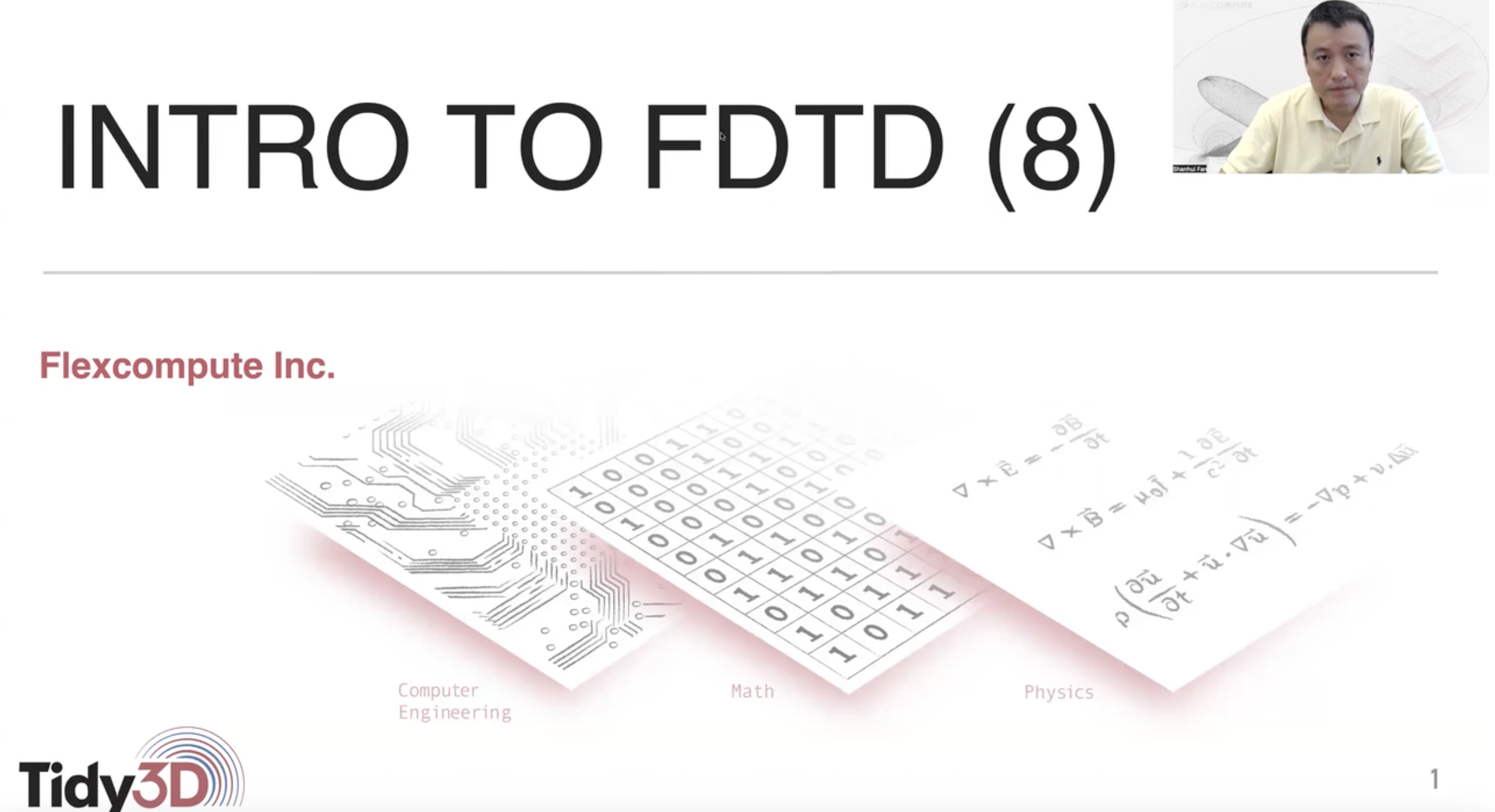 A key source of error in FDTD simulations lies in the spatial and temporal discretization.The behavior of the wave propagating in such a discrete numerical lattice can deviatefrom that of the physical wave. This phenomenon is known as numerical dispersion. Inthis lecture, we derive and visualize the effect of numerical dispersion, as well asprovide a rule of thumb to suppress the error. 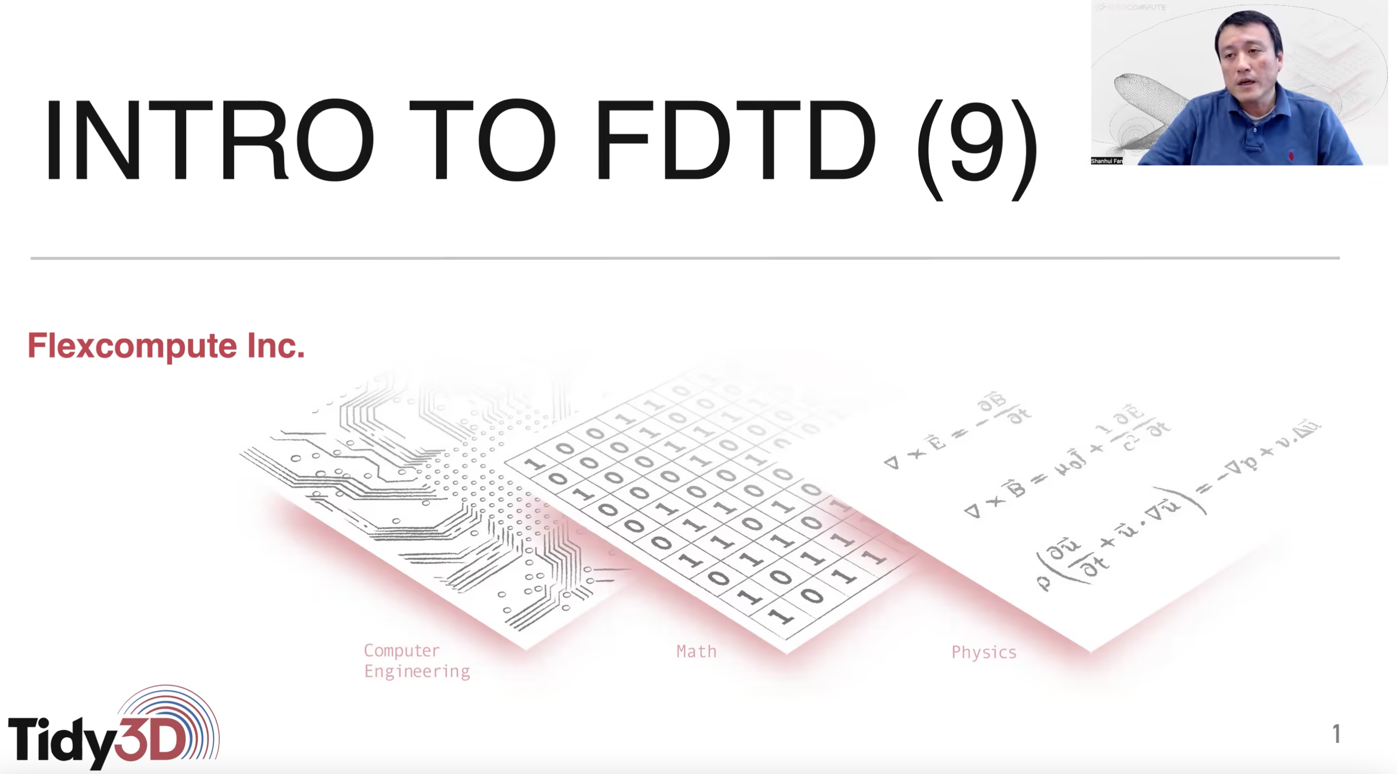 In this lecture, we discuss another important source of error that arises from the imperfect description of the dielectric constant distribution of a photonic device on discrete Yee grids. We highlight some subtleties in the dielectric constant assignment on the grids that can lead to significant error. This motivates us to consider more advanced FDTD techniques such as subpixel averaging and nonuniform grid sizes.